Found this really wholesome article from cosmopolitan.com that explains well on how to survive men’s annoying behavior and I thought it would be great if I’ll share it with everyone.

“Sure, your man is great. But even the best guy in the world has habits that are scream-inducing. Here, experts decipher four common dude moves and explain how to make him stop.” — CASEY GUEREN

He Texts During Your Date

As far as we’re concerned, texting on a date is like leaving the seat up: So. Freaking. Annoying. But according to experts, he doesn’t mean to be rude. Shooting off a few texts while you’re out generally means he’s at ease with you, rather than disinterested, says relationship expert Tiger Devore, PhD. Since he sees it as no big deal, he won’t stop unless you ask. Tell him it makes you feel like you’re not important and ask if he’ll pocket the phone unless it’s an emergency. 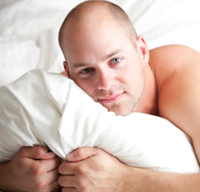 According to experts, when guys have no clue what you want, they’d rather go mute then say the wrong thing. So if you ask their opinion on something they don’t know much about, they’re going to give you a non-answer. The more he knows about you and your interests, the less he should be falling back on this, says David Wygant, dating coach and author of Naked!: How to Find the Perfect Partner by Revealing Your True Self. If it’s been over a year and he’s still not speaking up, tell him that you’re not cool with calling all of the shots and need him to be more decisive.

He’s Quiet When He Comes Home From Work

Is it really necessary for him to zone out in front of the TV for an hour or grab a beer with his friends after work every day? Well, uh, kind of. See, guys are better at separating their careers from their social lives, so it takes them a little longer to switch out of work mode. “We need that time to recharge. Don’t take it personally,” says Wygant. If you still want to spend time together, pick an activity that doesn’t require a lot of energy— like watching something on your DVR.

He Waits Until Right Before You Leave to Get Ready

Men refuse to believe they need as much time as you do to get dressed, says Dr. Devore. Instead of nagging him to clean himself up—which will only make him do it in the slowest manner possible—be a little sneaky. About 30 minutes before you’re ready to leave, remind him how sexy he looked when he wore that blue and white striped shirt and threw a little gel in his hair. You’re planting the idea in his head that you loooove when he puts extra effort in and giving him plenty of time to comply.

Read more at Cosmopolitan.com
“image is a copyrighted photo of model(s)”

There are no related posts on this entry.