Did you ever had a one night stand with a guy? There are things we should learn about men having one night stands. Check out this awesome list from The Frisky.

1. Don’t Expect a Callback: If you get down on the first date, all bets are off. You can’t hit and run and expect a dude to call you the next day. Otherwise, you may end up heartbroken. And who’s to blame? You. 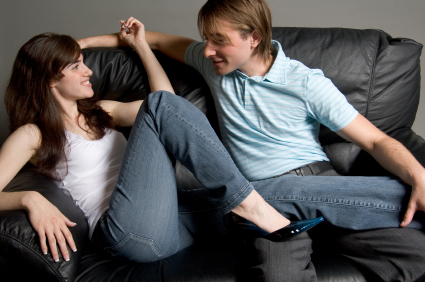 3. Breakfast And Cuddling Are A Bonus. Unless it’s one of those one-night stands where you’re like “DOH!” the next morning. However, an informal poll of my fellow office mates suggests that a certain percentage of the time, when a dude stays the night, cuddles, showers at your place, and then buys you breakfast, he might actually find you awesome enough to see again, in a more clothed context. Whether you want that is up to you.

4. Dudes Can And Do Go At It More During One-Nighters: This guy I boned a bunch in college — our “relationship” was essentially a series of one-night stands — could seriously have sex, like, five times in a row. Guys in relationships generally do not have as much enthusiasm, stamina, or desire because the buffet is always open for business, if you know what I mean. Guys really go at it with gusto during one-night stands because they don’t know when or if they’re gonna hit it again.

5. A Quick Getaway Indicates He’ll Go AWOL: If he doesn’t stay the night and/or pulls a slick getaway before you wake up, you will definitely never date him (not that you necessarily want to) and you may never even see him again. The latter isn’t true 100 percent of the time — I have a friend whose regular hookup partner has never slept over — but you have a better shot of winning the lottery.

6. Need An Excuse To Call Him? Don’t! So what if he conveniently left his sunglasses at your apartment? If he wants them back that badly, he will call you. If he doesn’t, you have a new pair of Ray-Bans. Score!

7. If You Had A Good Time, Tell Him! I mean, honestly, it’s just polite. So it may turn out to be just a one-night stand — that’s no excuse for your manners to go out the window! That said, if it sucked, rather than lie, don’t say anything at all.

8. Don’t Overstay Your Welcome: If you’re at his place, have a cup of coffee and then head home. Watch SoapNet’s “90210″ marathon on your couch, sister.

9. His Sex Style = His Relationship Style: Let’s say this is one of those one-night-stands that actually isn’t a one-night-stand and evolves into something more — the dynamic that is established that first time you have sex plays itself out down the line. I’m talking who’s in charge, who initiates sex and who’s the more adventurous of the pair. “Of course there are exceptions to this rule,” says a friend of mine. “But you can tell a lot about a person from how he conducts himself between the sheets the first time around, in terms of generosity, sensitivity (literal and figurative) and adaptability.”

10. Every Guy Likes The Woman On Top: This is just a fact. Work those thigh muscles, ladies.

“image is a copyrighted photo of model(s)”