Embarassing Sex Stories That Ended In The ER

Have you heard of sex stories that ended up in total jeopardy? Sex bloopers that can make us laugh so hard, and often make us feel humiliated and sympathized with the characters. Check out these hilarious sex stories from Cosmo that most of which ended in the ER.

Heart-Stopping Sex
“I’ll never forget the time an ambulance brought in a young slacker guy and his girlfriend. They had decided to get it on in his grandmother’s basement while she was out of the house. They’d grabbed a tube of what they thought was lubricant from her well stocked medicine cabinet.

Unfortunately, it was nitroglycerin paste, a heart drug that can cause a potentially fatal drop in blood pressure. When Grandma came home, she found the couple lying on top of each other, unconscious and buck naked. They eventually came after we gave them oxygen and fluids.”

Stuck On You
“One night, a gurney rolled in carrying a woman in black lingerie-who happened to be straddling a naked man. They told us that they had been doing a lot of drugs and having wild sex when the woman’s vagina cramped up and the guy couldn’t pull out. The doctor on duty gave her muscle relaxants, and after several minutes, they were able to separate. Then they were promptly arrested on drug charges.” 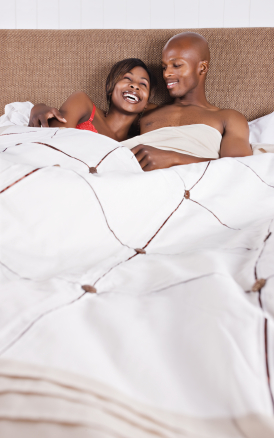 Showers of Pain
“We were having sex in the shower, and my foot slipped from under me and I went down, falling forwards and hitting my open mouth against the bath faucet. I knocked out my two front teeth and loosened others. There was blood everywhere and loose nerves hanging out. I was able to get dressed and we went to the ER and told them I just lost my footing in the shower, but we haven’t had shower sex since – and I don’t think I ever will.”

Hot Beef Infection
“I was assigned to examine a patient with stomach pain. The woman turned out to be my high school classmate, but instead of being happy to see me, she was mortified. She confessed she wasn’t suffering from stomach pain but had gotten something ‘stuck.’ Hours earlier, she’d microwaved a frozen hot dog to use as a sex toy. But heating it had softened the hot dog, and it broke off inside her. I removed it, though I doubt she’ll look me in the eye at our next reunion!”

Play Ball
“A young couple came in with this story: During sex, the woman had grabbed a medium-size rubber ball and inserted it into her man’s back door. The ball became lodged so high in his rectum, they couldn’t get it out… and neither could we! The attending MD paged a surgeon, but while we were waiting for him to arrive, the man began coughing. The ball came flying out of his butt with enough velocity to ping around the room and hit the just arriving surgeon at the head.”

Super Sex
“In college, my boyfriend and I sometimes used lubes that would warm up. One night, we were both a little tipsy, and I told him I left it on my desk. He goes to put it on me and very quickly we both realized he had just put Super Glue on my vagina, which must have been sitting next to it. He was able to pull his fingers off, but a part of my pretty newly waxed labia was already stuck together and couldn’t be pulled apart. It was so bad and painful, I had to go the college hospital and even called my mom to come and console me!”

Get more of these at Cosmopolitan.com!

“image is a copyrighted photo of model(s)”